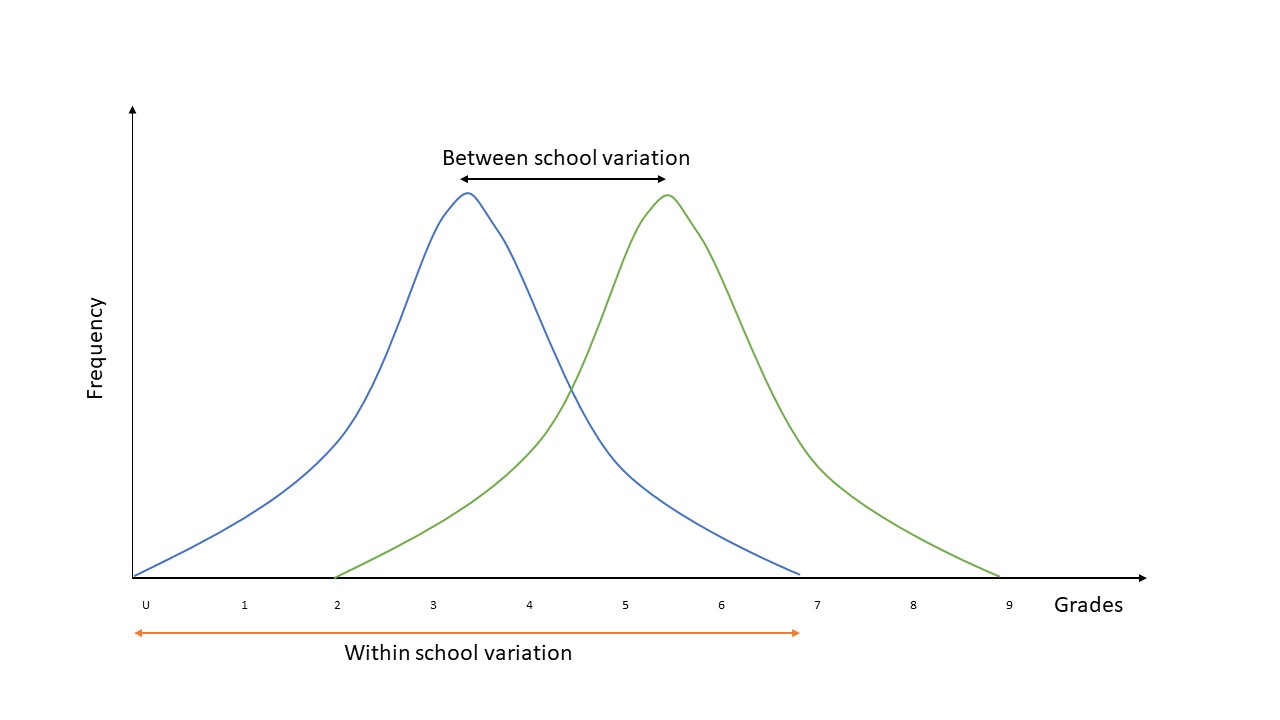 This blog may only exist as long as my ignorance.

Throughout most of my career I have been shown a quote from a 2004 OECD report on maths PISA results and socioeconomic status.

“In the PISA results, 80 percent of the variation between the pupils in their achievement lay within schools, fully four times as much as lay between them (20 per cent)”

When I was first told this I just accepted it. I was a new teacher and chugging on the Kool Aid big time on my path towards becoming the most engaging science teacher in the world!

Now I’m a middle-aged cynic who is much more aware of the lack of research literacy in the teaching profession. So I’ve had this voice bugging me for a long time and I’ve got to the point where I’m just going to say it and see what happens. I’m relying on the wisdom of crowds to help fill in my gaps. If it turns out I’m wrong then I’m happy to archive this and move on.

We all make mistakes.

This is my premise:

It is inaccurate for leaders to use this quote to imply that variation in all its forms in teaching are the cause of poor performance within school. In fact, most of this variation is an inherent property of our school system and expected.

To me this seems obvious now. Most schools in this country have a mixed ability intake. Even the best schools have students which struggle academically. I think it is perfectly acceptable to assume that the majority of schools have at least a 7 grade variation within it. The gap in progress 8 between 99% of schools was 2.6 grades in 2019 (-1.3 to +1.3). I’ve tried to illustrate this (badly) below.

The quote is often used as a justification to eradicate in-school variation (ISV) in all its forms. I have been told this by 5 successive head teachers in my career. It has been used as the rhyme and reason behind numerous policies and decisions. It is the sine qua non of arguments for the reduction of in-school variation. I think this is either a disingenuous use of the statement, or shows a lack of engagement with the original source (something I do not blame people for, its 47 pages of international research for crying out loud!!).

Do you think I am wrong?

Have I missed something in the literature that says otherwise?

As far as my opinions on where ISV should be eradicated, where it can be tolerated and where it should be encouraged, that is for a follow up blog once I’m more confident I’ve not made an error. So I’d be grateful for any guidance to evidence that proves me wrong.

One thought on “In school variation and that 2004 OECD quote: Maybe I’m wrong?”